September is one of my favorite months, because that means fall is here! Hooray for fall! *grabs my PSL, Uggs and sits in a pile of leaves*

We went to multiple weddings, looking as fabulous as ever.

Went to Duluth twice, and was very let down when the hot air balloon festival was canceled. 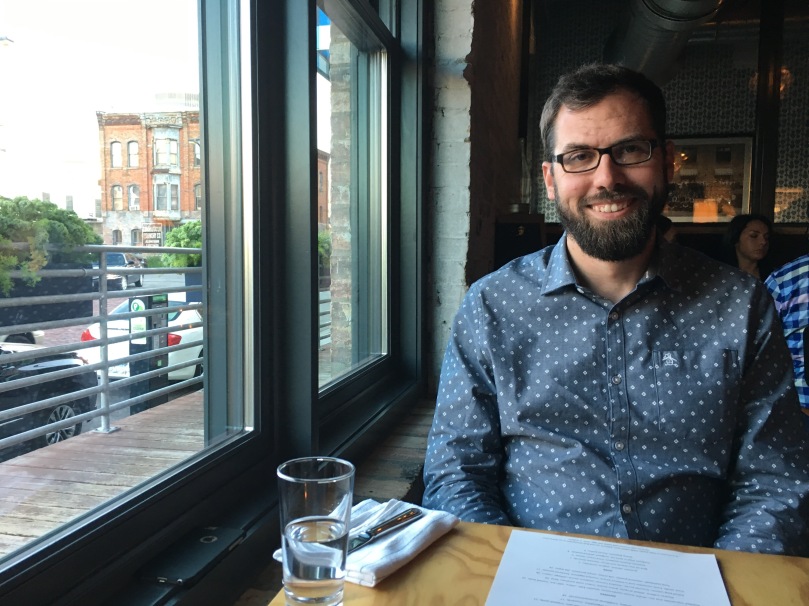 My dad didn’t get swept away by a hurricane (this could probably be a recurring event).

Visited more breweries because Wisconsin (this is definitely a recurring event).

Tony and I got to drive two very fabulous, very expensive cars to an airport hanger.

Tony started his new job as a service advisor at the luxury dealership and hangs out with rich people all day.

As per usual, I took fancy hipster coffee pictures.

It was national drink beer day and national coffee day, and I absolutely participated in both. 🍻 ☕️

Toms had a warehouse sale and I got so excited that I went two days in a row.

There’s only 3 months left of 2016 and I don’t really know what to do with myself. I’m looking forward to finally doing fall activities like pumpkin patches and apple orchards and I’ve already started drinking all the pumpkin spice things!

August is a weird month, because I always feel like I should be taking part in the back to school hype. Even though this is the second year I won’t be heading back to school, it still feels unreal to me. Plus, I definitely still haven’t figured out how to adult yet. But I have gotten pretty good at writing month in review blogs, so I’ll just stick with that.

Tony and I went go karting for a charity race. 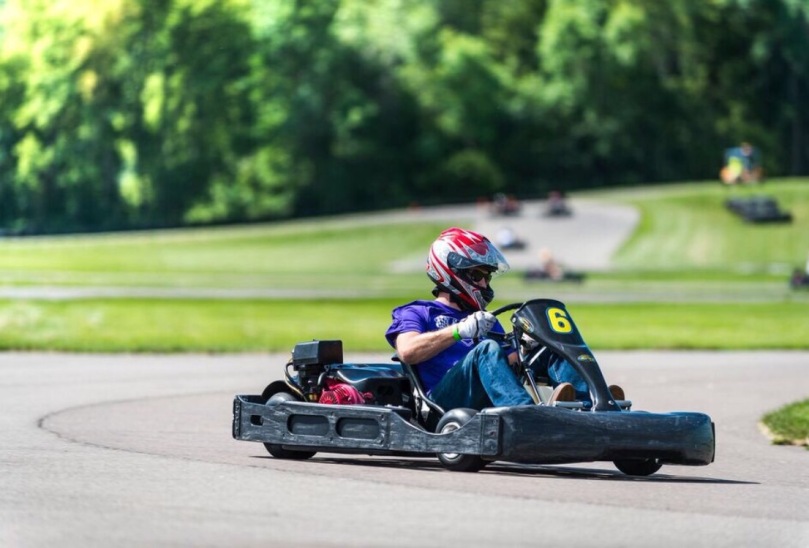 I bought a Macbook because I am a big girl and I deserve it. https://www.instagram.com/p/BJOSh_DBDfF/

My mom and dad both had birthdays and turned…so young. (Right guys?)

There were so many events at work, mostly for Subaru.

I went to the Minnesota State Fair for the first time!

And the biggest news of all…Tony and I were BOTH offered full time jobs at Morrie’s. I’ll be the events coordinator at corporate and Tony will be the service writer at Luxury. Funny how things work out.

Every month seems like it’s crazier than the last. 5 minutes ago, I was bundling up in sweaters and now I’m relaxing in air conditioning in our new apartment!

So speaking of “our new apartment”, Tony and I moved into our new place.

A huge event I planned for Morrie’s, a European car show called Eurowerks, finally wrapped up. 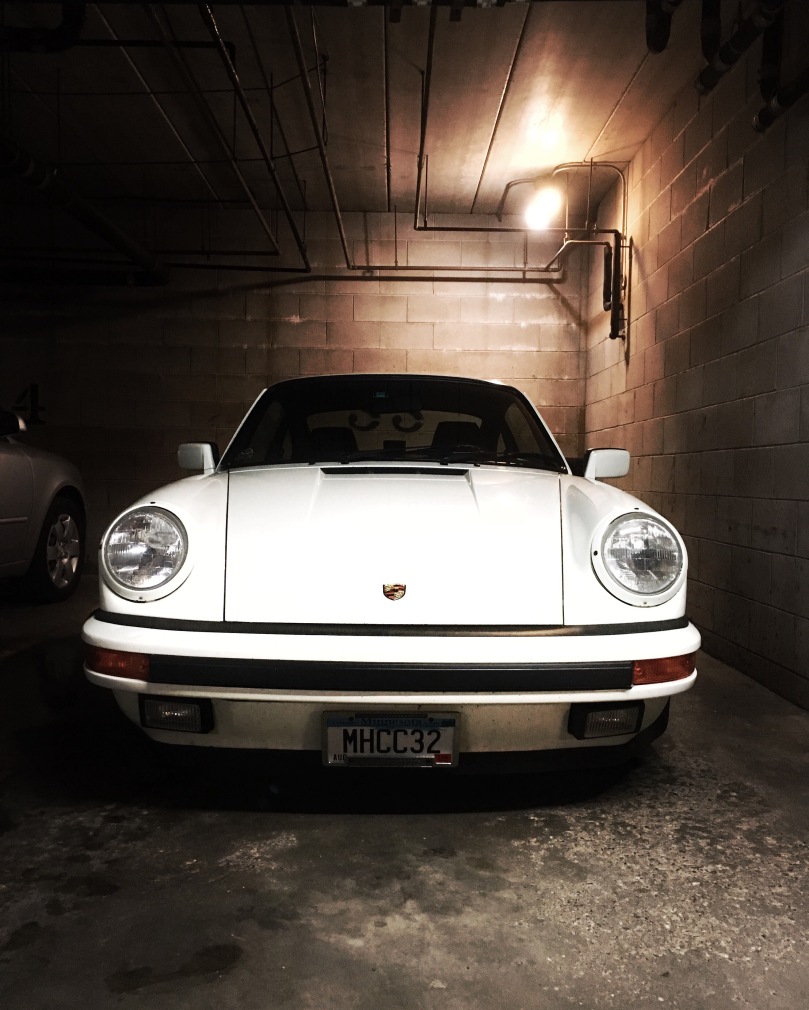 We went to Ikea and managed to come out with both our dignity and money still left in our pockets.

I helped with lots of different events and drove fun cars, as per usual!

My sweet little sister turned 21 and had her very first sip of alcohol!

Tony and I became real adults and opened a joint checking account. Crazy, I know!

I ate way too much Mac n cheese and drank lots of beer, like a good Wisconsinite.

Okay, I’m ready for the next 5 minutes that they call August!

6 months down. Half of the year is gone. I did a lot bit of everything in June, from rallies to birthday celebrations to beach days. See if you can follow along!

I watched so much PLL and am still miserably far behind.

Tony and I participated in the Kannonball rally, and even though it started off a little rough, we had a great time!

Tony’s parents got a puppy and it is the most precious thing. 😍 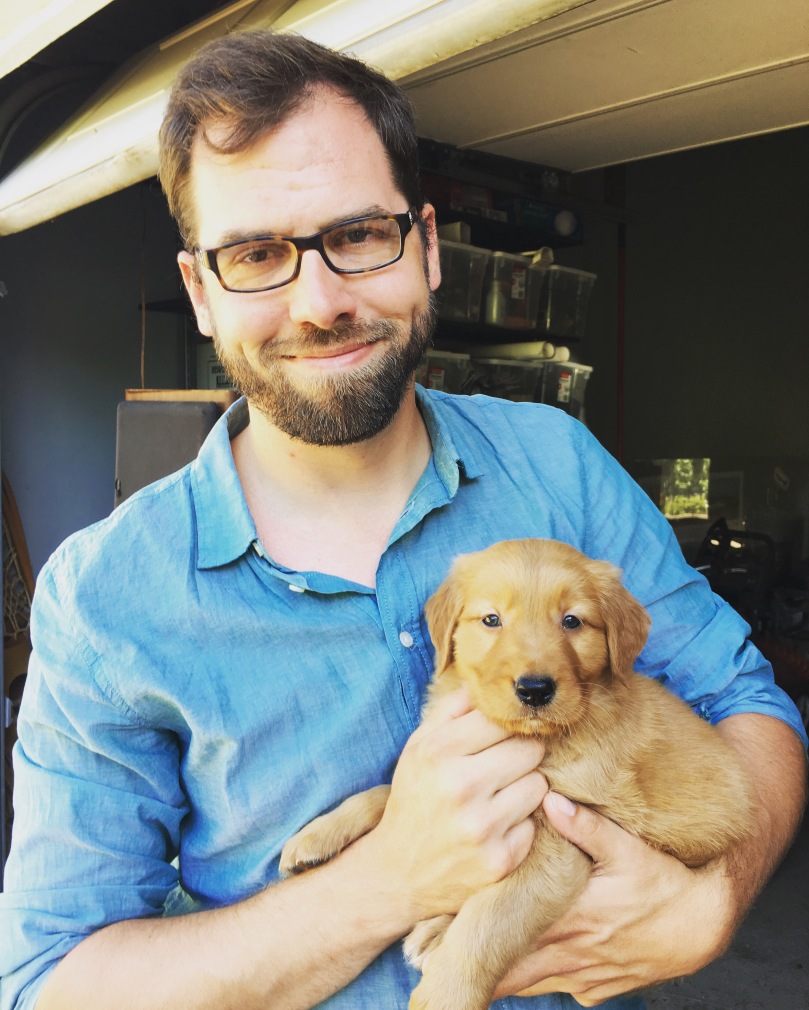 June 13th was Tony’s birthday, so we celebrated with dinner and drinks with friends! 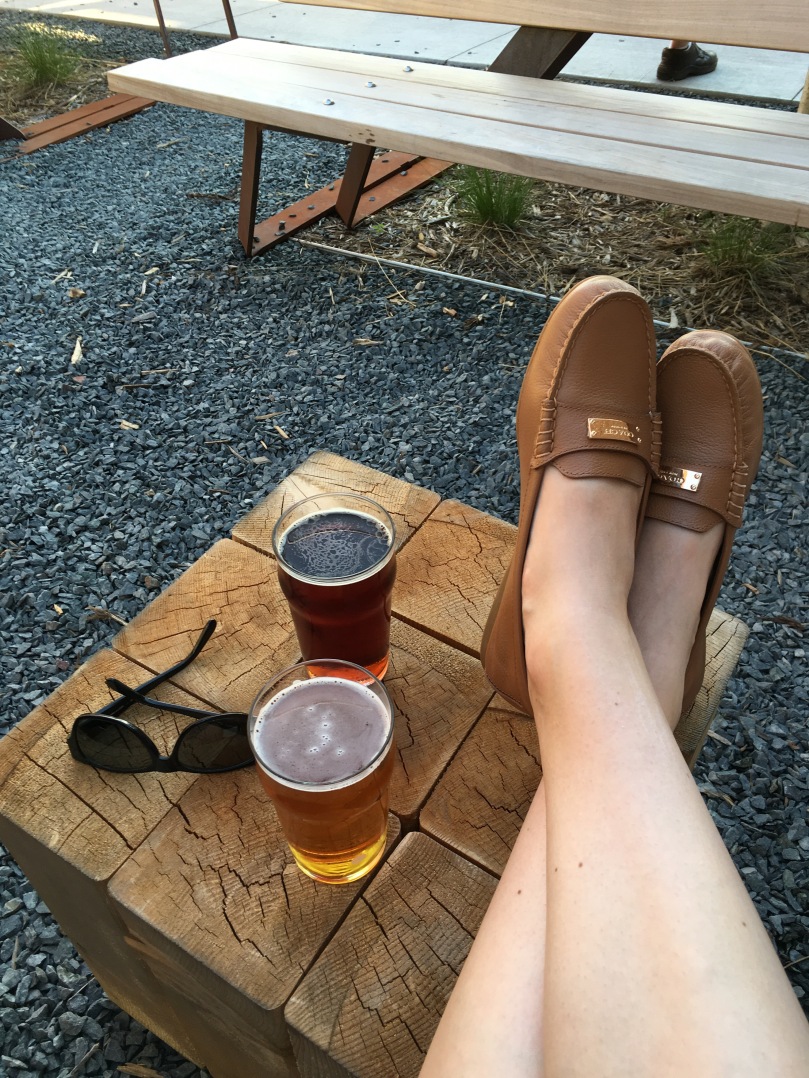 I spent father’s day with these dad-esque cars. Just look at those beauts. 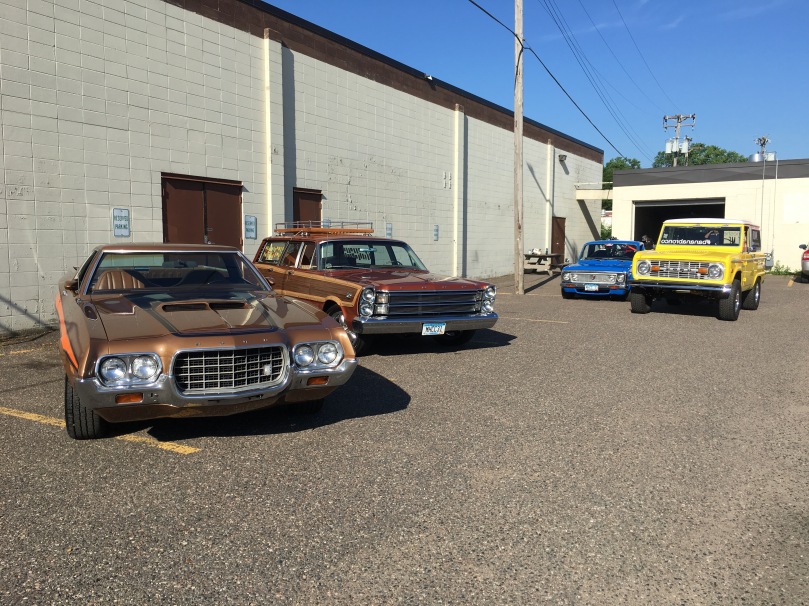 Tony and I finally found an apartment we liked that didn’t cost an arm and a leg and are moving in July 2nd! What a great start to the second half of 2016!

As a car enthusiast, I’ve always dreamed of driving high end luxury and sports cars. Little did I know that I would accomplish this goal by the end of the first week of my internship.

During your first week at a new job, you would expect to get acquainted to the office and get settled into your new role. I would have never thought that during my first week I would drive cars that combined cost almost half a million dollars and had over 2,000 horsepower.

My first day on the job I was tasked with picking up new cars for Morrie’s Heritage Car Connection. These cars just happened to be a Maserati GranTurismo and an Aston Martin DB9, both convertibles. And then naturally, we needed to get pictures of these beautiful pieces of machinery. And who better to drive it than the new intern? 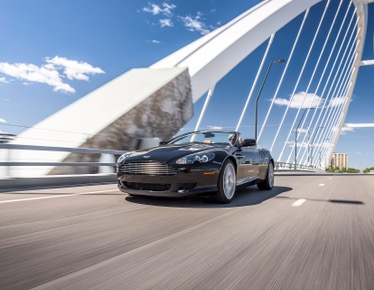 On Thursday, I was told I had to take a Heritage car home because…work. I was fine with driving anything, but had my favorites already picked out. At the top of the list was the Porsche Speedster. So guess what I got to take home on a beautiful, sunny afternoon? Read about my evening here! 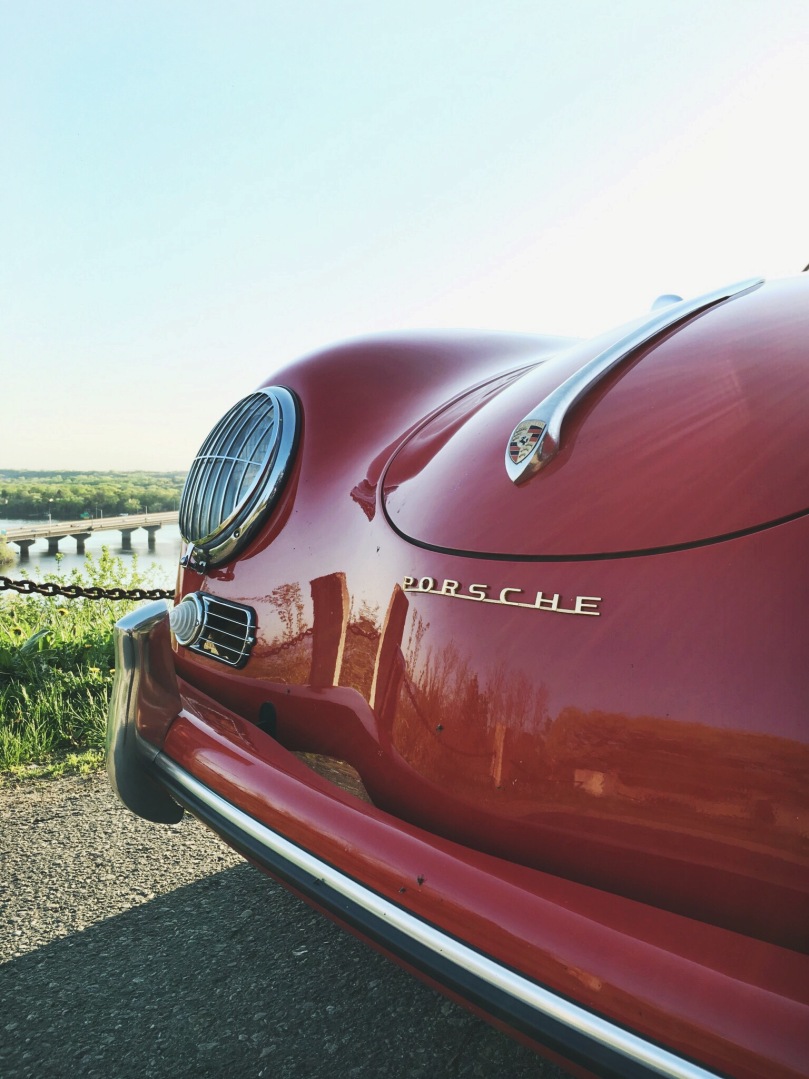 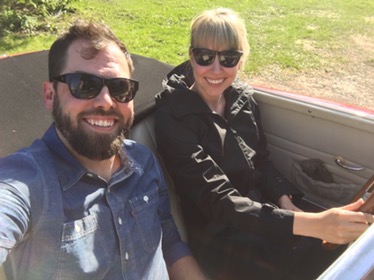 Being the marketing events intern, helping out with events sometimes means driving cars around. On Saturday, I was told that I would be giving rides to guests at a Kentucky Derby party. It wasn’t until I arrived at the dealership that I realized I would be giving drives to guests in a gorgeous $176,000 Bentley convertible. Thankfully the seats massage you while you’re driving, because you better believe I was stressed out while trying to maneuver that beast down the highway. That Bentley and I are now best friends. As everyone was getting ready to head home from the party, the cars also needed to head back to their home at luxury. I figured I would drive my new best friend back, until I was offered a small black key. I didn’t even realize what I was being offered until I saw the car the key opened.

For those of you who aren’t as obsessed with cars that “wear lipstick”, this is an Aston Martin Vantage GT. It’s not slow. It’s not quiet. And it’s sure not boring. Driving back, I felt more like a rockstar than ever before.

The following week was just as exciting. Now that I knew what to expect, I figured I wouldn’t be so nervous driving these nice cars. Think again!

All cars need to be serviced, so after they’re done being taken care of at the luxury dealer, someone has to go pick them up and bring them back home. On Wednesday that car was a Ferrari F430. Thankfully I only had to drive it a few blocks, because I’m not sure my heart would have been able to handle much more of that.

Fast forward a few weeks to a day on the track. Morrie’s sponsored a track day at Brainerd International Raceway and of course I had to come. To…chaperone the cars. Or something. As a Road America fan, I love watching cars race around the track, so I was absolutely thrilled just to be in the environment. But that wasn’t the end of my day. Baby Blue and I were allowed to drive on the track as fast as our hearts desired. As soon as I got home that night, I proudly ordered up a Brainerd track sticker to add to the collection. 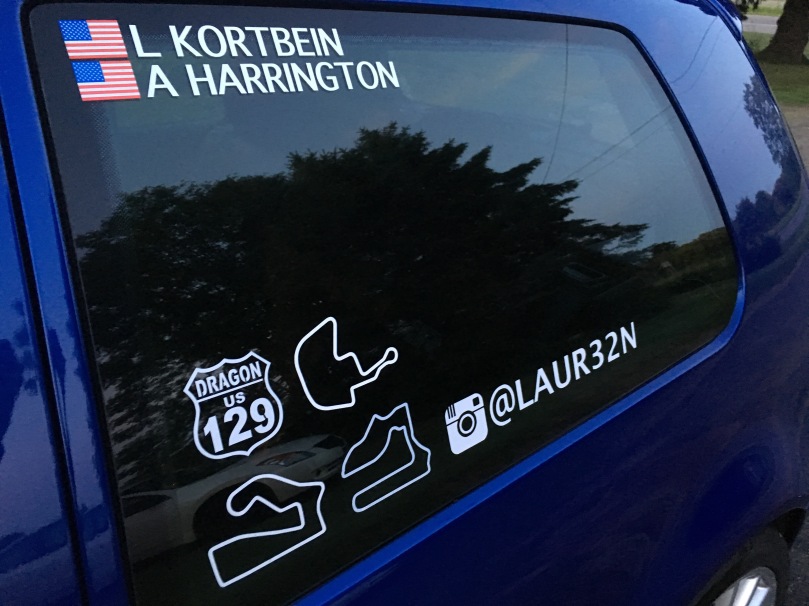 The following days and weeks have been a blur of driving, attending events and all the shenanigans that goes along with that. I can’t even imagine an internship that is more perfect for me than this.

I moved in with Tony, started a new job and turned 24. I’ve driven Ferraris, Bentleys, Aston Martins, Maseratis and more. All in one month. 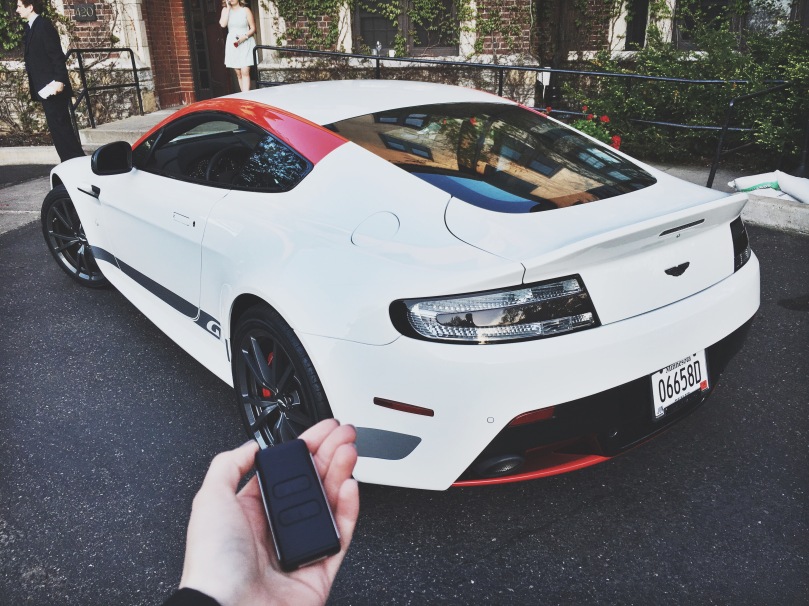 I was able to participate in fantastic work trips like going to a private island and taking my car around Brainerd International Raceway.

Then, over the last weekend, my mom and dad came up to do a million and one things with Layne, Michael, Tony and myself. We attempted an escape room (we failed), found a big fluffy dog at a brewery, created Bloody Mary’s that were way too big, went boating and drank lots of beer.

Now onto the middle month of the year…crazy.

I mean really Wisconsin, get it together.

I feel like every time I turn around, I’m posting another end of the month summary. April has been fun! So let me show you the ways:

Tony and I went to more coffee shops and ingested lots of caffeine. 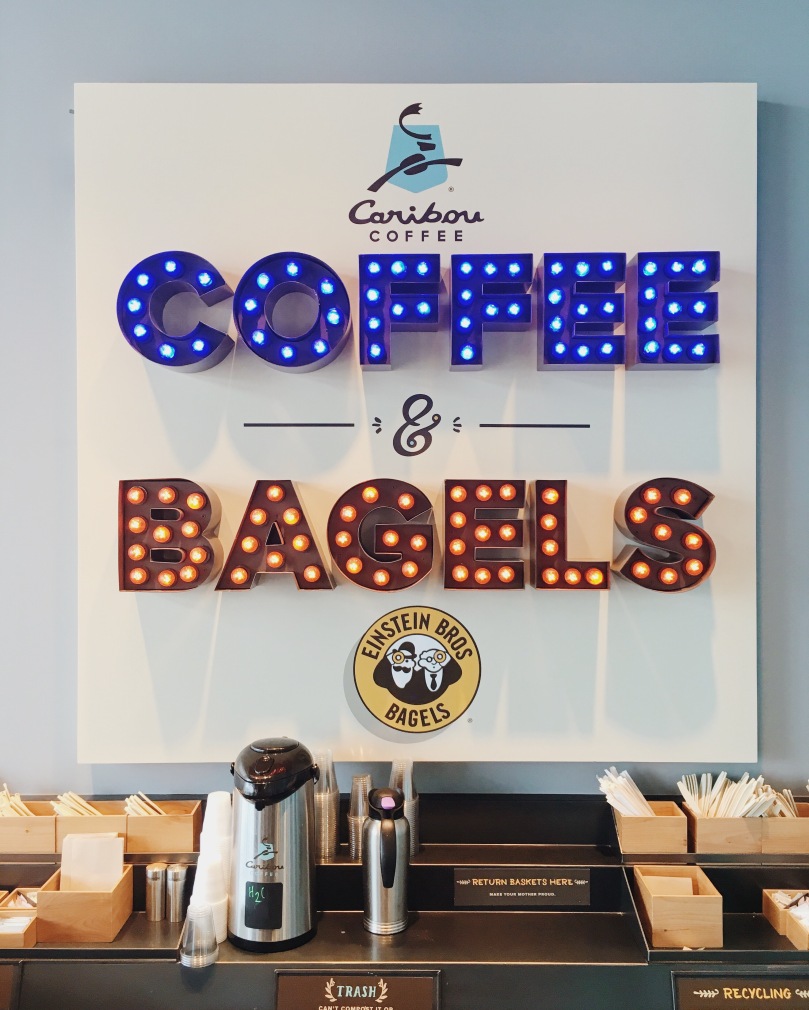 Tony and I drove out to North Carolina for the annual meeting of the Wookies! Then later in the month, his car hit 200,000 miles while mine almost hit 100,000. A milestone month for the Rs!

I pretended it was spring outside. 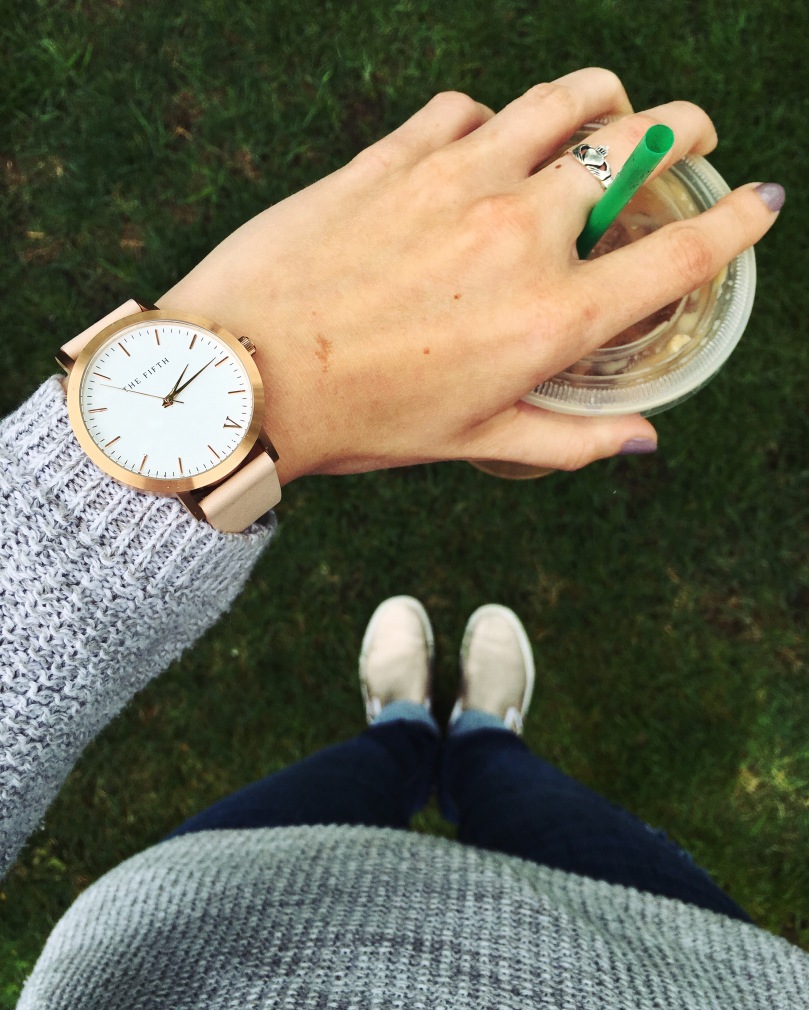 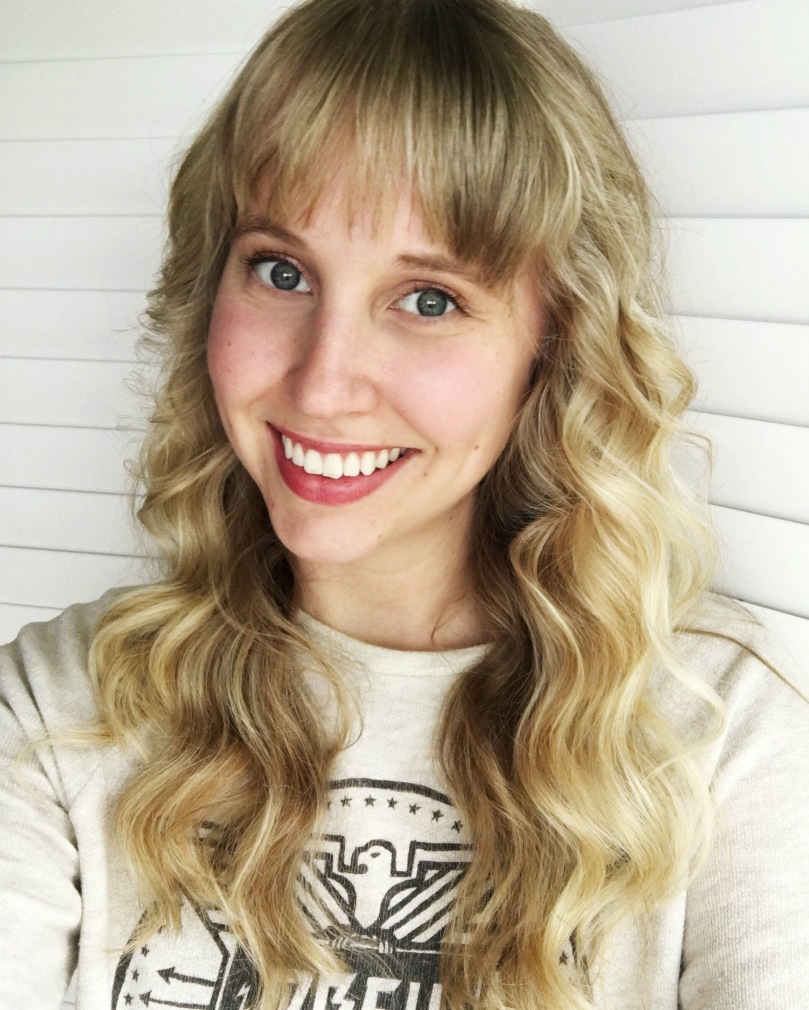 I had my last day at Caribou in anticipation of starting my new job on May 2nd!

If you're wondering if I got any work done today the answer is no.
Just one more plant and then my life will be complete...
It's the #firstdayoffall!! 🍂 Here's the best vegetarian chili recipe (save this post for later!):
Posting another book about Instagram on Instagram 😂